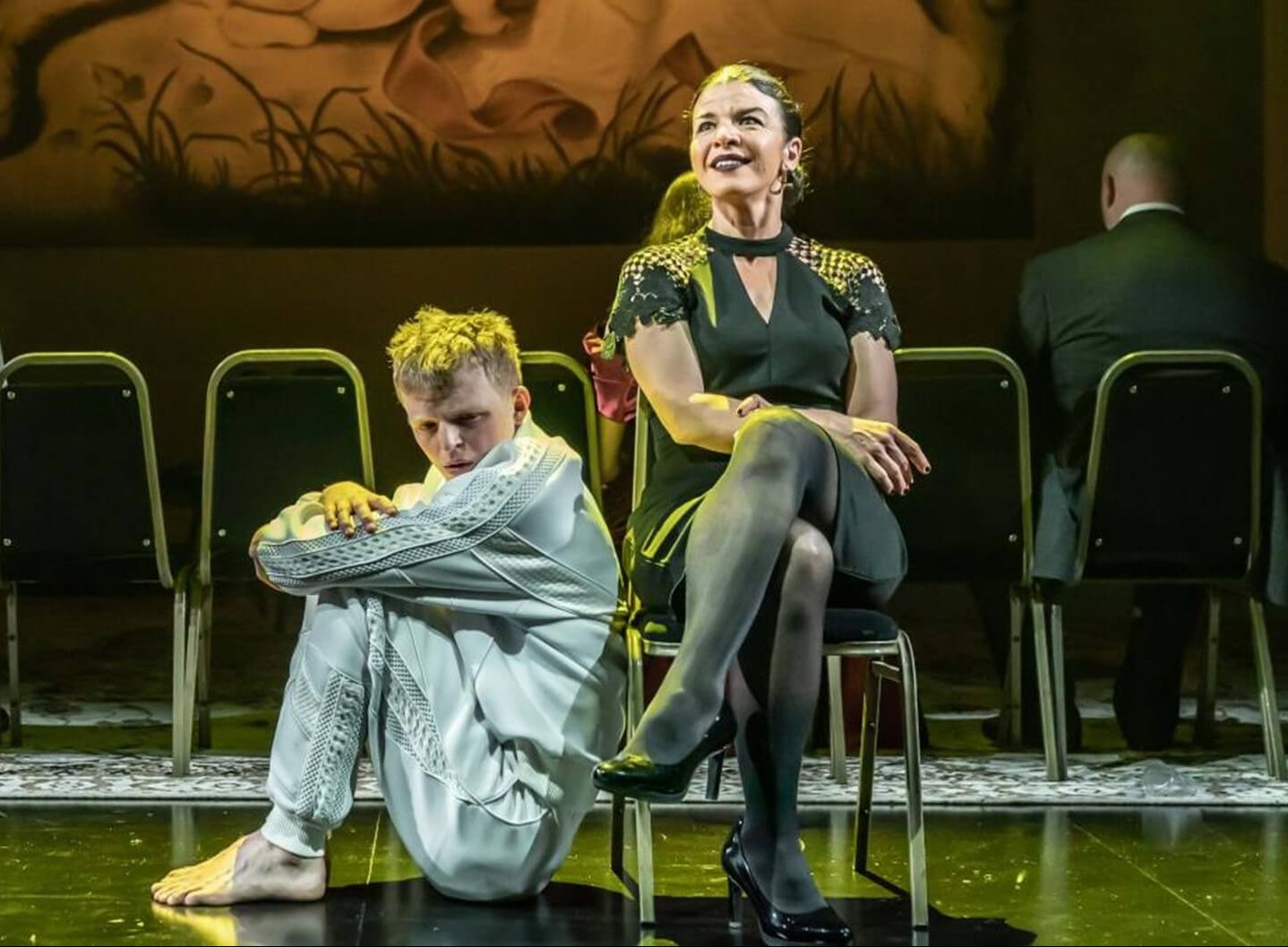 “Sirine Saba’s Agrippina is an Alpha-female Alexis Carrington in svelte power dress and patent heels, and there is something magnificent about seeing a mother who is such a powerful operator, in spite of her scheming”

“this modern-dress interpretation — dominated by the majestic figure of Agrippina, searingly played by Sirine Saba — doesn’t find an answer to the perennial question of how to find a replacement for the stately music of French classical verse.”

The Telegraph 4 Stars out of 5

“The mother’s milk supplied by Agrippina (Sirine Saba) has been thick with stratagems, placing her boy on the throne instead of his step-brother Britannicus, the rightful heir. Now denied access to Nero – who has abducted his rival’s sweetheart Junia – Saba’s self-composed but easily unnerved matriarch vows to take a tighter grasp of the apron strings: “The more he flees the more I’ll chase him,” she intones, setting the co-ordinates for violent rupture; Nero wants free of mumsnet.”