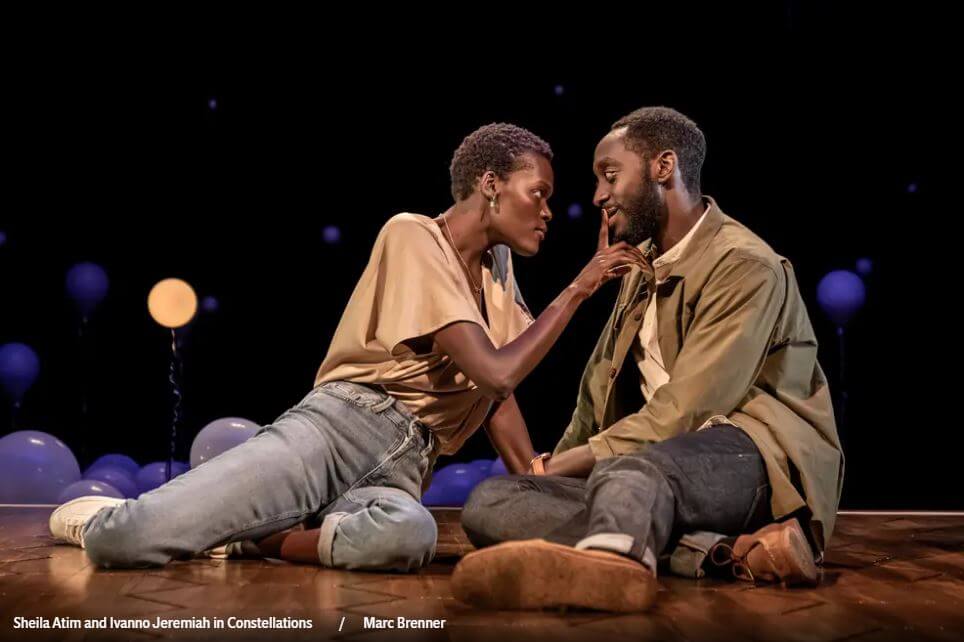 The Donmar Warehouse production of Constellations at the Vaudeville Theatre starring IVANNO JEREMIAH opened last week to rave reviews. The show explores the same love story across multiple parallel universes and below is a selection of the praise that has been heaped on the production so far:

‘This is a magical pairing, and a well nigh flawless 75 minutes of theatre.’ – ****Whats On Stage

‘Atim and Jeremiah have the edge for comedy and pace. They conjure an instant chemistry and bring out every last laugh, as well as switching cleanly between moods. When the darkness comes, its contrast is all the more dramatic.’ – ****The Guardian

‘Atim and Jeremiah give a masterclass in presenting the shifting possibilities of interpretation, of inflection and body language, in each fresh take on these short scenes.’ – ****The Telegraph

Catch IVANNO and Sheila in Constellations at the Vaudeville Theatre until 1st August 2021. Book your tickets here.