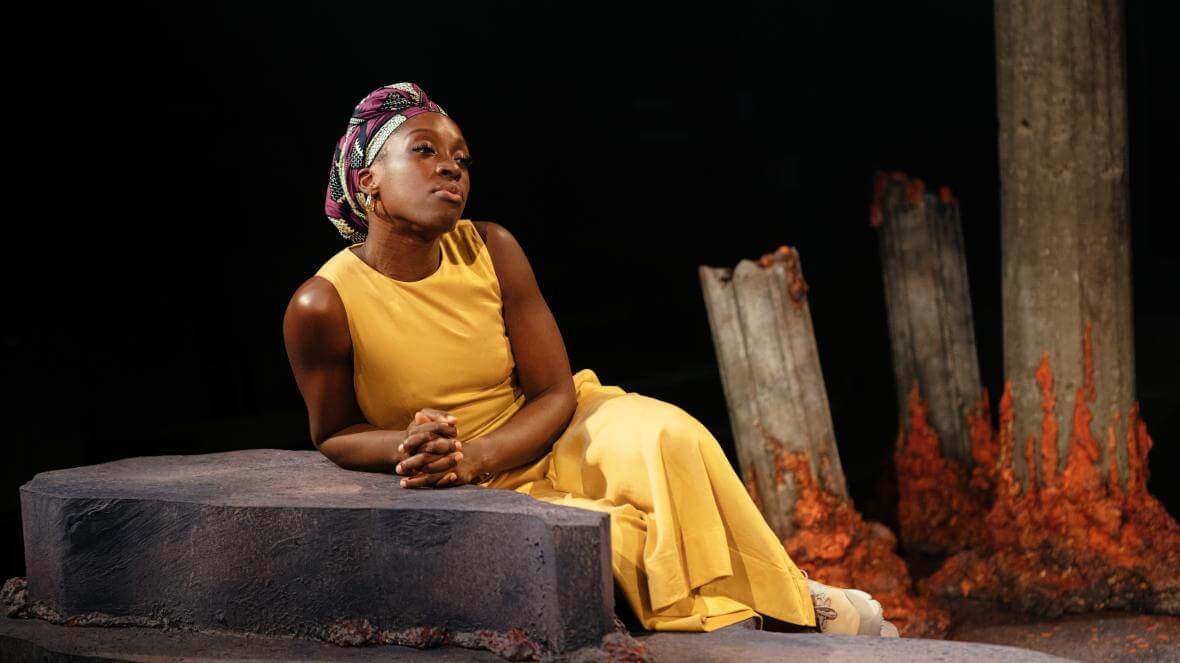 LAVA starring RONKẸ ADÉKOLUẸJO at the Bush Theatre opened last week to amazing reviews. The one-woman show, written by Benedict Lombe, about how renewing a British passport led to a journey of self-discovery captivated the critics. Here is just a selection of the praise the play received:

‘Adékoluẹjo is a dazzling, captivating storyteller and joyous dancer. Under Anthony Simpson-Pike’s direction, she controls the stage with such ease, oozing charm and confidence.’

‘Adékoluẹjo enters dancing like no one, and everyone, is looking and is by turns conspiratorial, sincere, goofy and blazingly angry. She’s as magnetic alone on a small stage as she was in the National Theatre’s Three Sisters in 2019. And she negotiates the tricky end of this rollercoaster 80-minute piece wonderfully.’

‘Ronke Adekoluejo is always in command.’

Lava runs at the Bush Theatre until 7th August. Book your tickets here!