IVANNO JEREMIAH STARS IN CONSTELLATIONS AT THE DONMAR WAREHOUSE 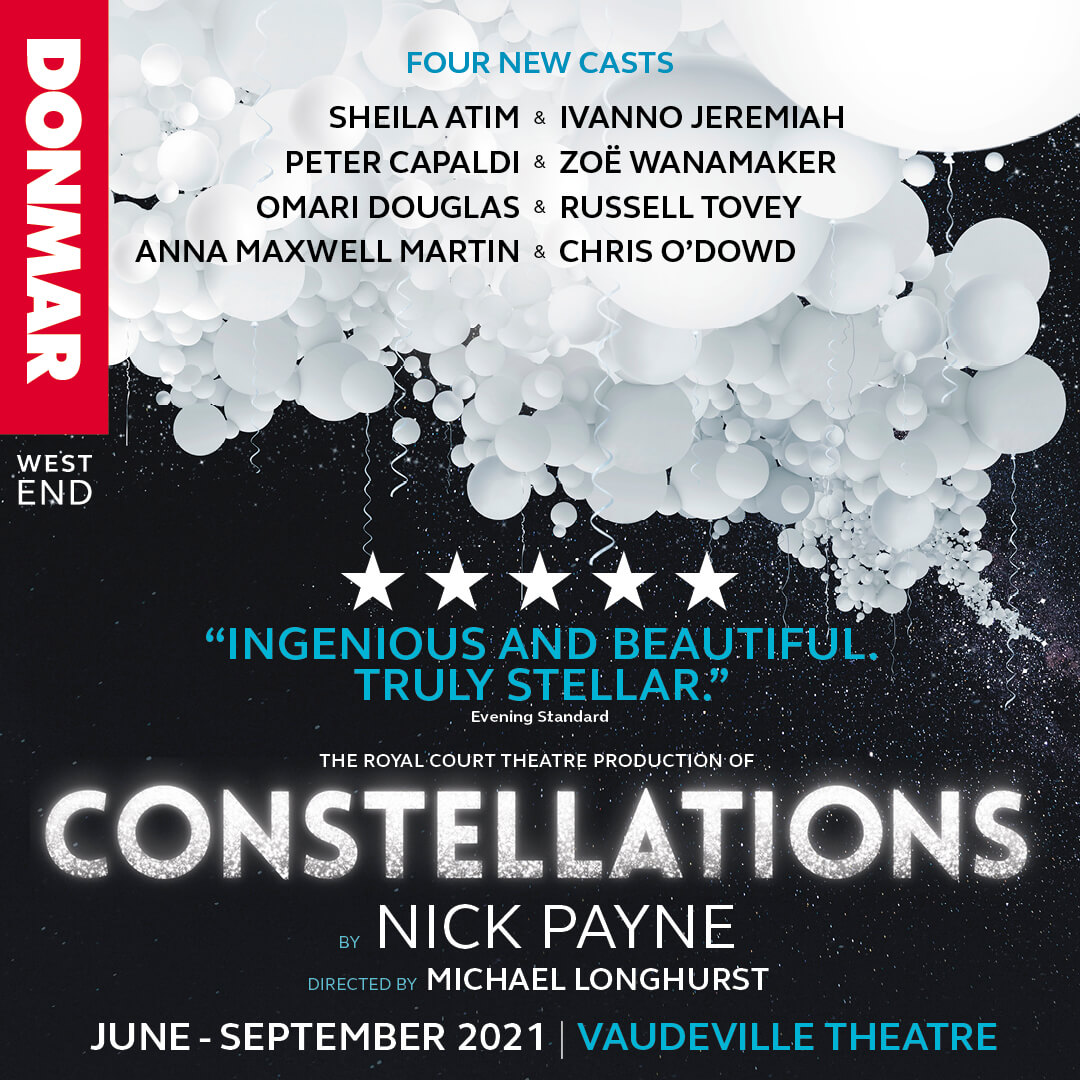 IVANNO JEREMIAH will star in the Donmar Warehouse’s production of Constellations opening this June. The show explores the theory of parallel universes through the love story of Roland and Marianne, a beekeeper and a professor, and how different choices splinter off into different versions of their life together. Normally performed by two actors, this production will be done in rep, performed by four radically different sets of actors playing the two characters. Ivanno will be playing Roland opposite Sheila Atim, with actors Peter Capaldi, Zoë Wanamaker, Chris O’Dowd, Anna Maxwell Martin, Russell Tovey and Omari Douglas playing alternative versions of the couple.

Constellations will run between June – September 2021 at the Vaudeville Theatre.